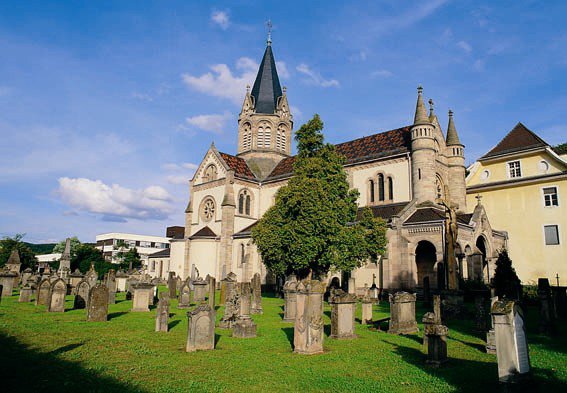 The first mention of the site dates from 1105, date on which Frédéric, count of Ferrette, gives the priory to Hugues Sémur, abbot of Cluny. Saint Morand officiated there in 1106. He was then responsible for establishing the Benedictine rule. He traveled the region for ten years, multiplying conversions, healings and miracles. When he died in 1115, he was buried in the center of the priory church which took his name. Saint-Morand was canonized at the end of the 1428th century. By venturing inside, you can still meditate in front of a recumbent figure representing Saint-Morand and a reliquary offered in XNUMX by the Archduke Frederick of Tyrol.

The priory was bought in 1828 by the city of Altkirch to make it a hospital. Today, the hospital still occupies the buildings thanks to restructuring and enlargements.

Duration: 1 hours
Short comment:
Important religious site Altkirch, the Priory Saint-Morand is to see: lying of Saint Morand in the center of the church and relic. Lapidary cemetery.
Type of place to visit
Vehicle parking

Reception hours:
Open during the day, except Mondays
Weekly closing: 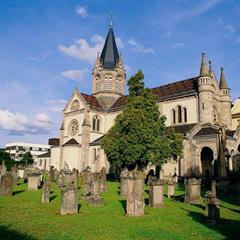